READERS SHOULD NOTE THAT THIS IS FACT, NOT FICTION

On the evening of the 2nd October 2017, I returned home to find the following scene. 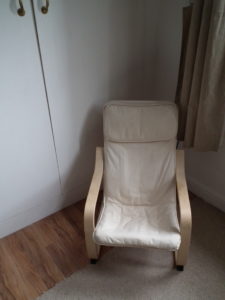 Maria usually sits here. The chair was not warm. No signs of a struggle. 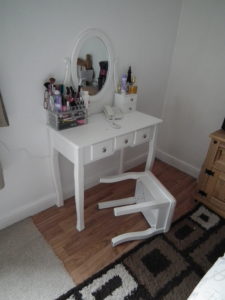 Allie was standing beside this dressing table. There are clear signs of a struggle and a broken finger nail was found. 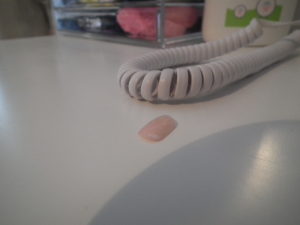 This is one of Allies’ or SarahLous’ finger nails, I can’t be sure.  Likely broken off during the struggle. 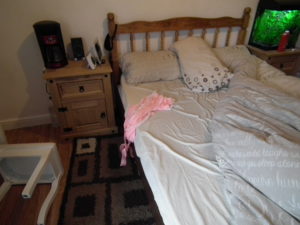 Sarahlou was laying in this bed when I left in the morning of 2nd October 2017. The bed was cold. No obvious signs of a struggle and probably sleeping when taken. 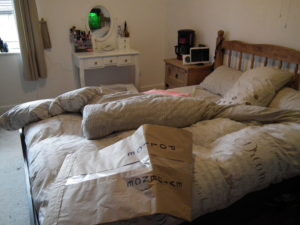 Takeaway coffee mugs were also found at the scene and the toilet lid was left open indicating male perpetrators.  I never leave the lid open for safety reasons as I have two cats.  Interrogation of the cats proved fruitless and it took them two days for them to settle down and trust me again.

On the 2nd October 2017, I was arrested for the import of Allie who is a WM doll from 1amdollusa.com as shown throughout this site.

The purchase and import was September 2016, a whole 13 months before the arrest.

The supposed ‘law’ in question is the Customs and Excise Management Act 1979. They were alleged to be ‘childlike’ – a definition hitherto undefined in law as far as I can ascertain particularly as the word ‘childlike’ refers to the characteristics of adults.  They were trying to class them as ‘obscene or indecent’ items.

I pointed out the liberal application of ‘Border Force’ stickers emblazoned upon her original packaging but this did not deter the culprits from ignoring the UK Border Forces’ official decision at point of entry some 13 months before arrest.  Border Force officers had seized 123 child dolls in 2016/2017 (source VHS Fletchers Solicitors) yet they deemed my import to be outside this illegal, albeit vague, classification (as did I) when imported AND inspected.

Allie came through Stanstead Airport (EGSS) where actual child dolls have been seized in a similar time frame (The NCA, CEOP and Border Force joint investigation, Operation Shiraz).  The perpetrators were swiftly arrested and prosecutions of some of them have been concluded and widely published.  It’s clear that Allie did not fit into their, thus far, unpublished parameters of seizure.

I was released, without charge or bail pending further investigations. The cloud, however, remained.

Upon returning home,  I was greeted with the crime scene documented above.

They took my entire (3x) doll family, all of which were 140cm+, two of which were not even imported by me as they were purchased internally within the EU from members of the uklovedollforums.co.uk community, who’s support has and remains invaluable.

To say I was taken aback by these developments is somewhat of an understatement.

Please see the Conegate Judgement of 1986.

They were returned 8 months later.  Click HERE for the rest of the story. 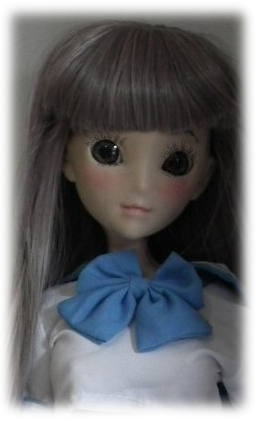 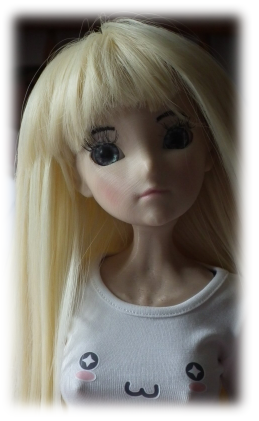